Current pandemic recovery benefits and what they mean for you

The pandemic has changed so much in our world, including a variety of legislation and the job market. We put together a few updates on where pandemic recovery benefits stand and current stats on the workforce.

The eviction moratorium had been extended to October 3, 2021. However, the Supreme Court struck it down on August 27th. With an estimated 3.5 million people at risk of losing their homes, many cities and states are looking into extending their own moratoriums with this court ruling.

The moratorium was enacted by the CDC to prevent landlords from evicting their tenants for a specified period; however, rent payments may continue to accrue as late. It was extended as of August 3rd.

Rental assistance has been provided to help landlords and tenants who are unable to pay rent due to the pandemic. This program provides $46 billion for those in need as well as $5 billion for emergency housing vouchers for people experiencing homelessness, domestic violence survivors, and victims of human trafficking.

Under this credit, parents of children ages 6 to 17 will receive $3,000 to $3,600 for children under age 6.  The amount is gradually reduced for couples earning over $150,000 and individuals earning over $75,000 per year.  Families eligible for the full credit will get payments of up to $300 per child per month from July through the end of the year.

This program started in December 2020 and will run through December 31, 2025. During this time, student loans are tax free instead of having the forgiven debt treated as taxable income.

The Pandemic Aid Package included $4.5 billion to help families with home heating and cooling costs. This cash grant is one-time payment sent directly to the utility company to be credited on your bill.

Federal unemployment insurance payments will remain at $300 per week and will expire on September 6, 2021.  The first $10,200 in unemployment payments are nontaxable for households with incomes under $150,000.  The pandemic unemployment benefits are in addition to the standard weekly state UI benefits.

Many of the states terminating benefits early have cited labor shortages as the primary reason for the decision, although unemployment rates in most of these states are lower than the national average.

All three benefits are payable through September 4th under the bill.  However, over recent weeks, 26 states have decided to end federal UI benefits between two to three months earlier than their official September 6th deadline. 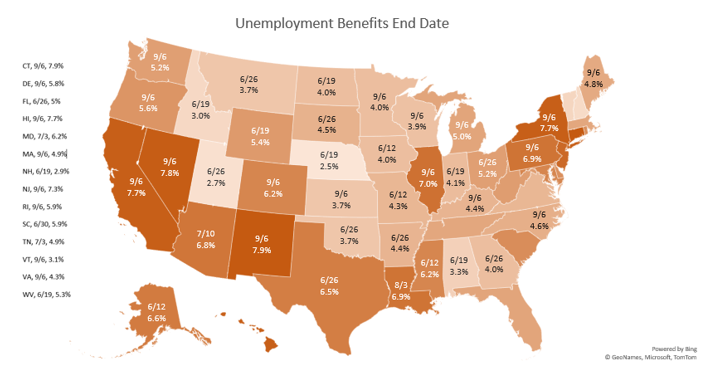 Additionally, residents in three of the states that suspended unemployment benefits early have filed a class action lawsuit against the state to have payments continued.

The state of Indiana was first, then Texas and Maryland, and now the state of Florida will be next, according to the AFL-CIO petition to Governor DeSantis, to reverse their decision on ending the supplement early.

According to CNBC, job searches are about 4% below the national average in Alaska, Iowa, Mississippi, and Missouri, which stopped paying the federal benefits as of June 12th, according to the analysis published in late June.

It's difficult to say with certainty what effect the cessation of enhanced benefits is having on the labor market without more time to pass and further data; however, there may be other reasons contributing to lethargic labor market dynamics.

The labor market and workforce concerns

For one, COVID-19 health concerns could be a likely cause for many workers to remain home.  The highly contagious Delta variant is twice as transmissible as the original virus and has accounted for a greater share of US cases. Additionally,  only 57% of the total US population has been fully vaccinated as of August 2021, according to the latest report.

Workers may also not be returning due to a variety of other factors. This includes the continued at-home care of loved ones who are still recovering from being sick or elder care because nursing homes have breached capacity.  Childcare may also be an issue depending on whether or not schools will remain in session with the spike in cases and the lack of vaccine for children under 12. Some daycares have permanently closed and there is a shortage of childcare workers nationwide. The American Rescue Plan awarded $39 billion to childcare centers, but more is needed.

Another challenge in the workforce market is the amount of retirees. Millions of baby boomers retire annually from the US labor force, but in the past year the number of Boomers retiring has doubled.

The first quarter of this year, 30.3 million Boomers have reported they were out of the labor force due to retirement, according to the Pew Research Center.

This is 2.7 million more than in the first quarter of 2020, which is a much larger increase than the average 2 million retirees annually over the last decade. This will undoubtedly have an impact on the labor markets as businesses continue to face worker shortages.

Supply chains and transportation of goods continue to be a challenge due to a truck driver shortage. Before the pandemic, there was already a truck driver shortage of an estimated 61,000 drivers. As of April 2021, BLS reports the transportation industry to still be short more than 59,000 drivers.  With more than 70% of goods relying on trucks to get to their final destinations, this has made a big impact on the industry and those who rely on trucks for their operations.

Hotels and restaurants are also facing a staff shortage. Because hotels cannot find enough staff, they have been forced to operate at 40% less capacity, which may raise hotel rates overall. Hoteliers have resorted to subsidizing housing for employees and working with colleges to create internships. Others are offering cash bonuses, free rooms, and day one health benefits among many things.

Restaurants are also facing a shortage in staff, from front of the house to the kitchen. On top of that, the cost of produce is up 30% which affects the bottom lines for hotel kitchens and restaurants nationwide. Additionally, VISA problems and wait times are making it worse for international employees.

If you are having trouble navigating the current staffing market, we are here to help. Get in touch with our expert teams to get your operation back on track. 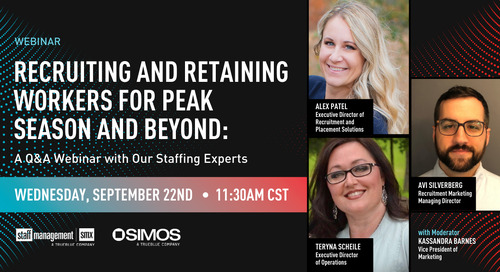 Recruiting and retaining workers for peak season and beyond: A Q&A webinar with our staffing experts

Our recent peak season survey uncovered that many operations are anticipating hiring and retention challeng...

Recruiting and retaining workers for peak season and beyond: A Q&A webinar with our staffing experts

Our recent peak season survey uncovered that many operations are anticipating hiring and retention challenges this season. Join us for a virtual conversation as our staffing experts dive in. 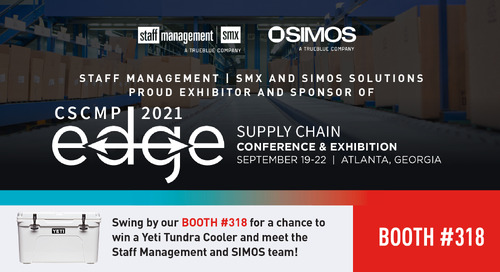 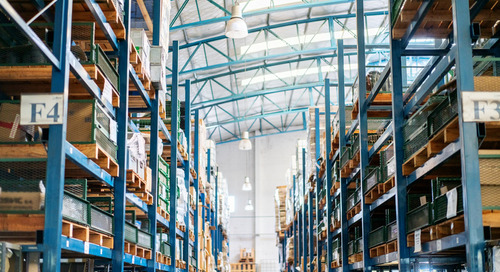 New warehouse space can be incredibly appealing, whether you are growing or need a fresh space. Whatever your reason for wanting a new warehouse, here are a few factors to consider first. 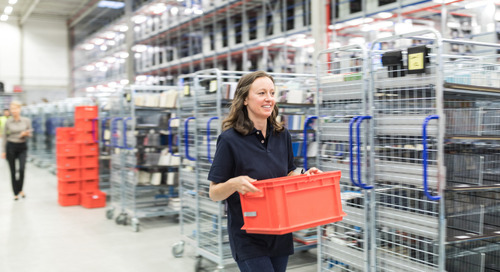 If you employ warehouse staff, you’ve likely seen the pinch of a reduced workforce firsthand. What can you do to get your employee numbers up, helping to relieve the bottleneck in supply and meet need 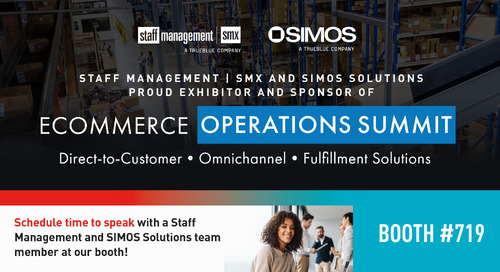 Join us for eCommerce Operations Summit 2021 at Booth #719

Our SIMOS and Staff Management teams are heading to Nashville, Tennessee for the eCommerce Operations Summit on August 17th and 18th. 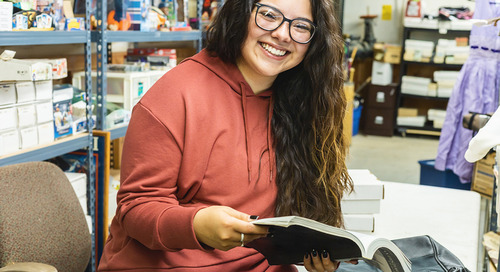 How to be more appealing to Gen Z job seekers

Generation Z is the the youngest group to be entering the workforce today. As an employer, it’s helpful to know what job seekers in this age range are looking for when deciding where to apply for work 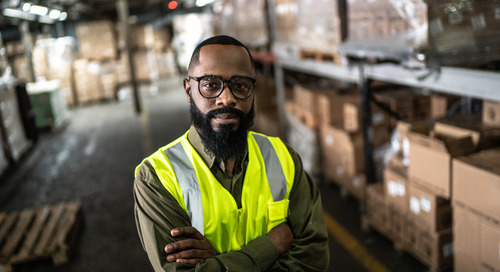 4 tips to hire for the needs of millennials

Of you have an open position, the greatest number of applicants are likely to be millennials. How do you attract the top talent in this age range? You hire for their specific needs. 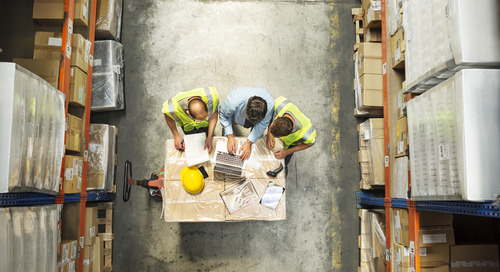 Why do you need a staffing agency? 5 benefits for your business 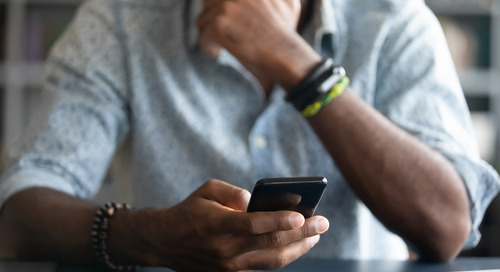 Benefits of improving your application process

If you haven’t updated and improved the way your job candidates apply lately, you may want to consider doing it now as it offers many benefits. 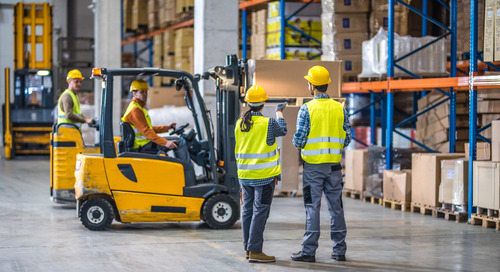 The real cost of not having an effective safety program

A safe workplace is a happier, more productive workplace. And the true cost of skimping on your safety program is high. Here are just a few of the potential consequences. 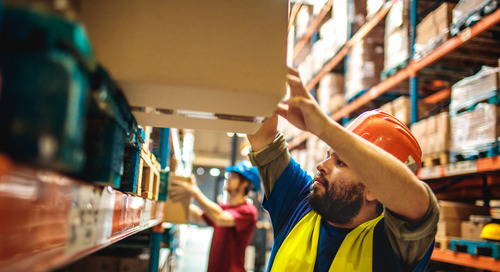 The top 3 myths about partnering with a staffing company

There are a few myths surrounding staffing that we hope to dispel once and for all. Here are the top 3 myths about partnering with a staffing company and the real facts about output-based staffing. 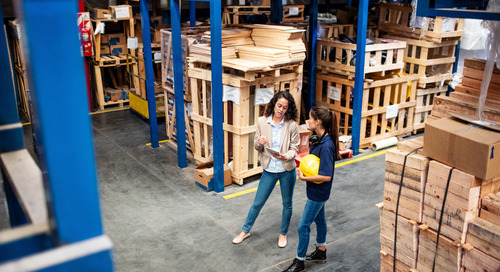 Why SIMOS Solutions is a different type of staffing company

While many staffing companies focus on just headcount and fill rates, ours does more. We manage your staffing needs based on output, not headcount. The result? A model that produces results and stays 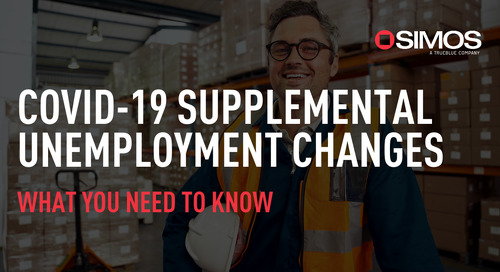 COVID-19 supplemental unemployment changes: What you need to know 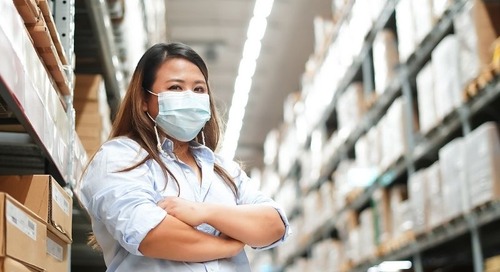 How COVID has changed staffing long-term

COVID-19 has changed the way many of us interact with the world. The question many are asking is how many of these changes are temporary and which ones are likely to be here long-term. 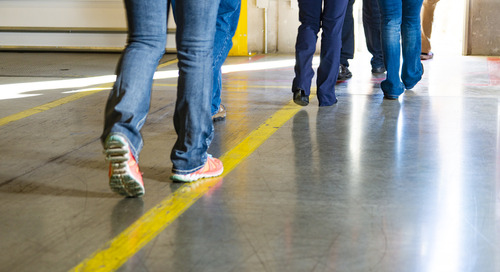 How to respond to a workplace emergency

Is your business ready and able to respond to an emergency? If the thought seems disconcerting, don’t worry. There are steps that businesses can take to prepare 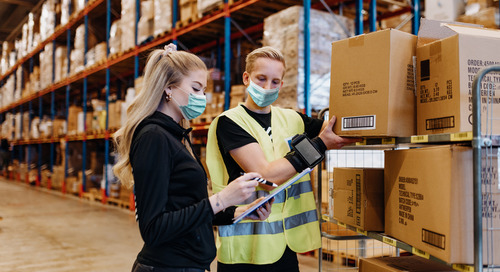 How staffing agencies support growth in the warehousing industry

See how partnering with one of today’s warehouse staffing agencies can help warehouses and distribution centers find the workers they need. 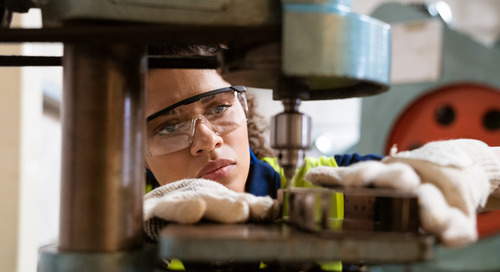 3 reasons why manufacturers should use contingent workers

Every sector of the U.S. economy needed to react to the COVID-19 pandemic, and the manufacturing and logistics industry is no exception. 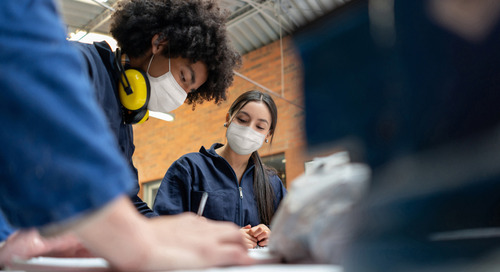 The blue-collar worker shortage has long been a problem for the American economy. The move toward a more contingent workforce is happening now. 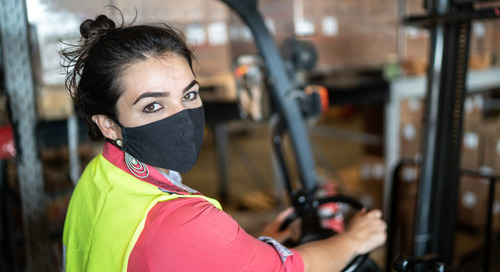 Below are the current guidance from the CDC about vaccinated people, so you can help answer questions if they arise among your staff. 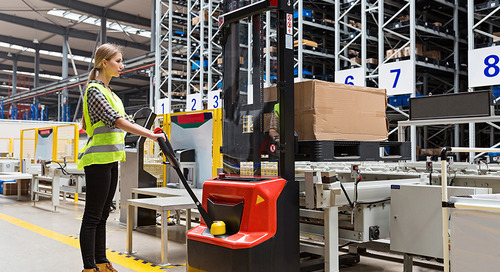 The real cost of not filling open positions on your operation

Open positions in your operation can quickly cause a cascade of problems. Here are just a few of the ways a vacant position can negatively impact your company both short and long-term.